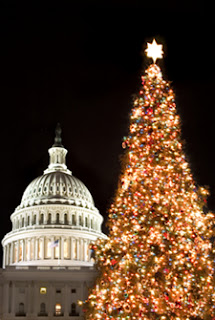 By Keith McDowell
Tis the season of good tidings and great joy as Americans take time to enjoy the holidays and ignore the doom and gloom of economic pundits, the gyrations and tepid growth of their 401-k accounts, the wacky and zany Republican presidential selection process, and our dysfunctional Congress that continues to kick someone’s can down the road. And whose can is it that they are kicking? Could it be the middle class and the 99%? Hmm! I must have missed the latest software release of the “kick the can” game.
And with every yuletide season, we have the inevitable villain – the grinch who steals Christmas. This year’s villain comes gift-wrapped and tied with a bow, just in time to put under the Christmas tree. What was stolen? The payroll tax cut extension! Who stole it? Congress! Yes, once again, Congress puts a lump of coal in our Christmas stocking and removes over $1000 in disposable money per wage earner for nearly 160 million Americans. But wait! Maybe there is still time to save Christmas. We’ll skip a vote in the House of Representatives and send the issue to a conference committee. That should get the job done. (I would attach an LOL at this point, but I’m still not completely sure what that acronym stands for.)
Newt Gingrich has it almost right, but he chose the wrong branch of government. Instead of federal judges and members of the Supreme Court, we should send out the federal marshals to arrest the members of Congress and put them in stocks along the federal mall for common citizens to walk past and express their displeasure. A brand on their foreheads would be even better! The original framers of the Constitution would certainly applaud and understand such old-fashioned treatment knowing full well that it was unconstitutional.
But is such scorn of our Congress and its members justified? Even worse, should we replace the Christmas Grinch with an Innovation Grinch?  Let’s revisit three key issues of interest to the innovation community to determine the need for this new creature: the American Recovery and Reinvestment Act (ARRA) commonly known as the stimulus bill, the 2012 Omnibus bill, and the potential for sequestration of federal funding.
According to the ARRA website www.recovery.gov, the stimulus bill has paid out $734.4 billion with $218.6 billion going to Contracts, Grants & Loans, of which $11.3 billion was expended on R&D/Science. An explicit breakdown by federal agency shows that the National Science Foundation, for example, reported $1.41 billion as being paid out. The website www.scienceworksforus.org contains a map where the total number of stimulus research grants and related stimulus funding per state can be accessed for review. No matter the specific amounts or the distribution around the United States, suffice it to say that billions of one-time stimulus dollars have been and are being spent to stimulate research and development for the purpose of further priming the American innovation engine. But they are one-time dollars and therein lies the problem. Soon, if not already, universities will cut graduate student support, cut the number of postdoctoral fellows, and reduce the R&D staff by a very significant amount. That can’t be good for the economy or for innovation. Will the funds be made up through the normal appropriation process?
Two and a half months late and a few dollars short, Congress finally passed the 2012 Omnibus bill for this fiscal year’s federal budget. And just how many dollars short is it? While the NSF budget is up 3% and the Department of Energy E-ARPA program grows by 2.5%, the R&D budget for the Department of Defense was cut by $2.5 billion and the science and technology directorate of the Department of Homeland Security was cut by $140 million. All in all, the 2012 federal budget is not good news for innovation or for sustaining any momentum generated by ARRA stimulus funding.
How about future prospects for federal support of R&D and the innovation pipeline? A “Membership Advisory” email to me from the Director of Public Affairs at the American Physical Society tells the story and I quote:
Potential funding cuts will be triggered a year from now in the form of automatic across-the-board reductions – technically called sequestrations – mandated by the 2011 amendments to the Budget Control Act (BCA) of 1985. According to the amended BCA, the recent failure of the Joint Select Committee on Deficit Reduction to come to an agreement on a debt reduction plan, will initiate $1.2 trillion in sequestrations over nine years, beginning with Fiscal Year 2013. The effect on science funding is not yet known, since the sequestrations will apply to appropriations bills that have yet to be written.
And it’s not just a simple accounting of dollars and cents that matters! Congress seems bent on the destruction of the United States Postal Service and the removal of mail service on the last mile. What happened to the justification for rural electrification and even the Internet on the last mile as a competitive advantage? Doesn’t the same argument hold for the mail? Furthermore, how does blaming the messengers – civil engineers – help overcome the impending collapse of America’s civil infrastructure? And why continue to support the barrier of export control regulations as an old-fashioned Chinese wall when history teaches that fixed fortifications never keep the enemy out, especially against the modern onslaught of Chinese and Russian hackers?
It’s a game of uncertainty practiced for political and ideological reasons. It’s a rhetorical flourish designed to achieve a besting of one’s opponents. And it’s a dangerous and cynical exercise bereft of factual content sure to dampen innovation and further stall the American economy.
Yes, Virginia, there is an Innovation Grinch! And his name is Congress.
Posted by Keith McDowell at 8:50 AM No comments: 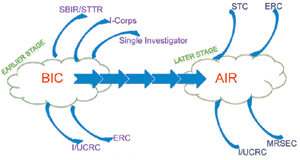 Regulation is a Four-Letter Word! 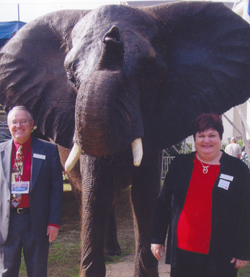