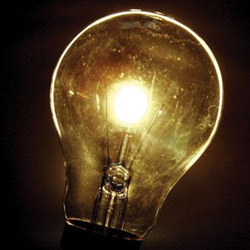 By Keith McDowell
For a brief moment as the warm and soothing waters of the morning shower pummel your body, your subconscious brain pierces through the fog of sleepiness and reveals to you the most brilliant idea ever conceived. Frantically, you attempt to reduce all the nuances of your brilliance into a few words hoping against hope to later recreate the thread of your idea. In desperation you scribble a few of those words onto the steam-covered glass walls of your shower knowing full well the impermanence of their watery existence. But alas, by the time you are dressed with notepad and pencil in hand, the brilliance is gone, lost to the trivia of the daily pursuit of getting ready for work.
At other times, such rare moments of clarity occur while walking or jogging. If only you could remember to carry a string along with you to tie around your finger and to help you to remember that which you always seem to forget. And then there are those moments when you stare at the string with no recall of that which you are supposed to remember. It’s all so confusing and so frustrating.  Of course, in the modern world, one simply whips out the ubiquitous iPhone, turns on the audio recorder, and joyful blathers away in mostly incoherent babblespeak. And you wonder why your fellow walkers and joggers always pass you by on the opposite side of the road! Hmm, I wonder if iPhones are waterproof?
Like many scholars through the ages, I have long been interested in creativity and the “Aha!” or “Eureka!” experience. Archimedes notwithstanding, such events do occur in one’s life and they are not figments of the imagination. I’ve been blessed with several such moments.
One occurred during the early morning hours in the fall of 1981 in Los Alamos, New Mexico. The rhythmic creaking of the rocking chair loaned to my family by Dr. Jimmie Doll made it difficult for me to stay awake as I held my infant son, John, and slowly rocked him back to sleep. Suddenly, I bolted up out of the chair and realized that I knew the perfect model to study the dynamics of electron transfer at surfaces in the context of using Brownian motion as a metaphor. I had been thinking about the problem for weeks with no success. Somehow, the state of being semi-awake and completely relaxed was exactly the right formula to cause the breakthrough. Mercifully, John remained asleep, but I quickly grabbed pencil and paper and wrote down the essence of my thoughts. The result was a number of research publications and the creation of a concept that I later called electron bath theory.
A second occurrence had a similar theme in the late 1990s. After a long drive from Dallas to Memphis including a snowstorm during the final hour on Interstate 40, I arrived at the conference hotel exhausted and plopped down on the bed, ignoring the vapid offerings on the television. Within minutes, a deep understanding of time reversal in classical trajectories suddenly burst into my wandering mind and led me to a similar understanding for quantum systems. It was the breakthrough that I needed to construct a quantum Langevin equation from first principles after nearly five years of pondering the problem.
The “Eureka!” or “Aha!” moment that occurs under such relaxed conditions is a well-known anecdotal phenomenon recounted by many scientists. For psychologists, the phenomenon or effect falls under the category of “insight.” And as one might expect, it has been parsed into multiple categories and tested using so-called “insight problems” under the watchful eye of EEGs, ERPs, and fMRIs monitoring brain activity. For those interested in a quick look at such mental gymnastics, I recommend Wikipedia and the Eureka effect. Personally, I’m not sure if such studies and brain teasers have much to do with the act of creation, but more to do with IQ, mental agility, and rapid solution of a puzzle. I’ve known plenty of people with such puzzle-solving skills who have displayed no creative ability.
More recently, Jonah Lehrer has published a book entitled Imagine: How Creativity Works.  His musings on the role of daydreaming in the act of creation have garnered much attention in the public press, especially as regards creativity and innovation in the workplace. Over the years, many entities including companies, the military, and universities have attempted to institutionalize the “Eureka!” phenomenon by structuring an array of environments suitable for creativity. They include freaky Friday (usually pizza and beer happy hours), relaxed dress codes (sorry guys, nudity for the females is not an option), game rooms (somehow ping pong doesn’t work for me), exercise rooms (free sports drinks for the extremists), and the ubiquitous brainstorming or team meetings. Do these gimmicks work?
Quite frankly, every serial creator or innovator I’ve talked with tells me the same story as to what constitutes the essential factor. It’s called sweat equity! While some innovations seem to occur spontaneously, serendipitously, or reward the lucky, most require extensive hard work, whether by individual effort and daydreaming or through enhancement by group or collective open innovation. There simply is no substitute for being prepared. Those creative moments in the shower or on the jogging path are informed by the effort put forward. Of course, the innovation itself often follows a completely different line or approach than the one being attempted. As Forrest Gump famously said about his box of chocolates:  “you never know what you’re gonna get.”
Now if I can just remember where I left my iPhone …
Posted by Keith McDowell at 12:01 PM No comments: 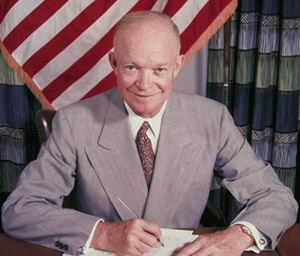 Laziness is the Mother of Innovation 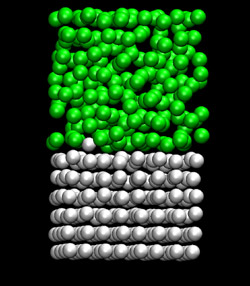 Know Before You Owe!