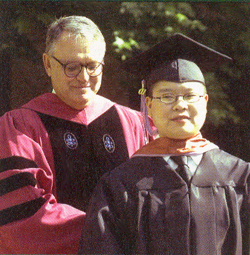 By Keith McDowell
The recent televised debates by candidates for the Republican presidential nomination bring to mind expressions from a bygone era such as “gadzooks” and “ye gods!” “Holy , Batman” is much too modern. Who would have thought that a return to the nineteenth century would be embraced with such fervor by those who want to lead the nation, especially in the current environment of global competition? No taxes, no regulations, no EPA, no infrastructure investment, no social nets, no health coverage – in short, no federal government. It’s every man for himself with government restricted to local communities and states. Oops, this sounds more like a feudal society. Maybe the nineteenth century is also much too modern for the candidates. And, shucks, I’m told those folks in the nineteenth century actually invested in public financed infrastructure!
Of course, we have the latest anointed white knight in shining armor destined to save the Republican party, Governor Chris Christie. Unfortunately for most of us, his management style on the surface appears to be that of the school yard bully. It’s “in-your-face” and “none-of-your-business” on steroids. I’m sure that style will work well for a president on the international scene, especially for those who believe in the George W. Bush “bring-it-on” version of being a bully around the globe. The version should be even better – cement boots instead of cowboy boots.
For those of us who enjoy political satire ala Saturday Night Live, the current crop of Republican candidates and the behavior of the supporting cast – otherwise known as an audience, couldn’t possibly get any better … unless, of course, Donald Trump and Sarah Palin decide to joint the fray. But as humorous as the political spoofing can be, the performance of most of the candidates is deeply troubling, not to mention some of the crazy notions they espouse. Do any of these candidates really posses the necessary leadership skills and the basic understanding of how the modern competitive world functions to serve as president?
The concept of leadership has always been difficult to define and characterize. What works? What doesn’t? Is it dependent on the time and the circumstances? Is it situational? Does it depend on the desired outcomes and the metrics used to measure the outcomes? Can it be learned or does it reside in one’s genes? There are many questions to be asked and many points of view.
Like many who have served in positions of responsibility, I’ve been asked on a number of occasions to address the issue of leadership, often at leadership academies or training programs for rising managers and administrators. Over time, I’ve thought about my own particular brand, especially as regards the all important activity of making decisions. Three decades of management experience, both at universities and a national laboratory,   have taught me that there are four basic principles to be obeyed that cover just about all scenarios. These principles are as follows:
Simple? Yes! Effective? These principles worked for me.
Leadership can also be dissected by revealing lessons learned. Here are mine.
Ultimately, leadership is all about moving an organization or nation forward while avoiding unnecessary collateral damage. It’s about maximizing the greater good while protecting the individual. And for the economy, it’s about saving the middle class in order to protect the consumer base. Business and industry without customers is a certain path to decline and decay in .
Leadership at the federal level also means investment in building an innovation ecosystem and infrastructure second to none. Just say no – the mantra of the Tea Party movement – is not acceptable. We can debate the specifics of the ecosystem, but failure to build one or strengthen our current one is not an option unless we plan to concede defeat in the global marketplace.  So, why is the moving forward at a snail’s pace – other than blaming our dysfunctional Congress? My answer has remained the same for well over a decade. The only thing holding us back is ourselves.
Posted by Keith McDowell at 1:04 PM