Free Agency: It's a Bad Idea! 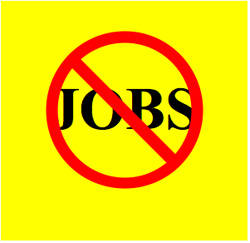 By Keith McDowell
President Obama’s Council on Jobs and Competitiveness released an interim report in October entitled Taking Action, Building Confidence.  The recommendations and actions proposed in the report comport with conventional wisdom as to what the Nation needs to be doing to accelerate the growth of jobs in America, especially through innovation and the creation of small startup companies. And due diligence is given to the role played by the commercialization of university research through entrepreneurship and technology transfer and the need to enhance such activities. All would be well with the report from my perspective in terms of the recommendations for universities except for one thing: they got it wrong!
I suppose “getting it wrong” can be rationalized given the makeup of the Council. There is not a single representative from academe other than the Broad Institute at Harvard and MIT and no one knowledgeable in the practical aspects of the commercialization of university research serves on the Council.
So what is it that they got wrong? In Initiative 2: Nurture the High-Growth Enterprises That Create New Jobs, one of their recommendations on page 22 is to “allow university faculty to shop discoveries to any technology transfer office.” It’s also referred to on page 21 as an “open-source” approach. Originally proposed by the Ewing Marion Kauffman Foundation as the “Free-Agent” or sometimes the “Free-Choice” model, it has been strongly, emphatically, and universally rejected by the university community as a very bad idea with many flaws that will not improve the commercialization of university research, but have the opposite effect: slow it down! At a seminal meeting in February of 2010 hosted by the Council on Governmental Relations in Washington, I presented the arguments against the “Free Choice” model and my speech and powerpoint presentation are available. The Association of University Technology Managers and others have taken equally strong positions against this model.
But what could possibly be wrong with “open sourcing,” “free agency,” or “free choice?” It sounds like motherhood, apple pie, and the American way. Absent other information, it is easy to become trapped in these rhetorical flourishes and trapped by the claims of the Kauffman Foundation and their supporters at the Department of Commerce that they have “studies” demonstrating the need for such a model. Here’s the reality: there are no such credible studies! Show me the credible studies and I’ll happily review them.  What we have are only collected hearsay and the whisperings of disgruntled innovators and entrepreneurs who had their bad experience. No credence is taken of the vast majority of commercialization activities successfully conducted every day by competent people all across the spectrum of American universities. No credence is taken of the input and rejection of this model by university experts with decades of experience. No credence is given to the rapid expansion and transformation underway at universities in the commercialization of their research.
But let’s be specific for a moment and list some of the principal arguments against the “free agent” model. Additional information and further clarification can be found in the COGR material.
And these arguments are just the start of the problems for the free-agent model! In short, pursuing this model will waste a lot of valuable time and resources trying to “fix” all the problems with it. And guess what! Even if it is made to work, it will have a minimum to negligible effect on the speed or quality of the commercialization of university research to the marketplace. There will not be an explosion of discoveries or inventions suddenly being brought forth. There will be no explosion of new jobs! Do we really want to do this to ourselves?
Even at its best, the commercialization of university research is a “contact sport” requiring the building of relationships among many stakeholders. Those relationships take time and don’t work well as a long-distance marriage. Disputes and disagreements within such relationships should not become fodder for promoting a concept that is doomed to failure from the outset.
But most insidious to me in the “free-agent” model is its failure to understand, promote, and accelerate the single most important step that we need to take in America: the creation of communities of innovation. We should not be running to MIT, Stanford, or some other presumed bastion of the all mighty to enhance commercialization – my apologies to my good friends at MIT and Stanford. We should be building regional innovation ecosystems similar to the ones springing up all around America using best practices from our peers such as MIT or Stanford. That means doing the hard work of improving our local university technology transfer and commercialization infrastructure as I’ve advocated throughout my articles and as other leaders, such as the Association of University Research Parks and AUTM, have advocated. There are many extant great ideas for improving commercialization such as “proof-of-concept” funding and innovation centers. Free-agency as recommended in the Council’s interim report is a bad idea and a waste of time and resources. I strongly urge the President’s Council on Jobs and Competitiveness to remove this recommendation and replace it with ones that will have the desired outcome: jobs and prosperity for Americans.
Posted by Keith McDowell at 6:28 AM