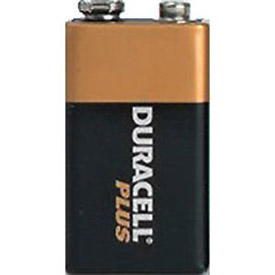 I don’t know about you, but I’m glad I was born with nine lives. I used one of them up this past week organizing my federal income tax records for H&R Block while simultaneously coming to terms with the family budget. And, of course, just at the moment of maximum psychological stress, one of my home fire alarms started that piercing beep guaranteed to annoy while reminding one to replace the battery. Bad things always come in threes – or so say the true believers.

Not to worry! Like every modern household, our home comes complete with a drawer in the butler’s pantry filled with a vast array of battery packs including batteries for my advanced hearing aides, quadruple A batteries for their remote controller – a vanishing breed of batteries, and, yes, 9-volt batteries for the fire alarms. We store the flashlights in another location.

And being a conscientious homeowner, I’m committed to replacing all my fire alarm, 9-volt batteries at the same time. So what idiot decided that said fire alarms must be placed in the most inaccessible locations requiring the use of stepstools and aluminum extension ladders to reach them? My 92-year-old father once broke his ankle at my age climbing down such a ladder.

And what about all those toys that are supposed to come with said batteries – not counting the Energizer Bunny? Are they no longer included? As we all know, he who dies with the most toys dies the happiest. Does my 5-year-old car count?

The remote control for that car recently started acting up by refusing to lock the car when the appropriate button was pushed. A random sampling of about five frustrating pushes was needed to get the job done. Like any good scientist – meaning lazy person, I first opened the controller, carefully took it apart, and cleaned the metal contacts, hoping against hope that the battery wasn’t the problem. Who really wants to get into their car and pay the gas bill to drive to one’s local Radio Shack to make sure you get the proper replacement battery? The battery won this round.

And then we have all those wireless gizmos, ergo toys! I just replaced my old iMac with a brand new one complete with wireless Magic Mouse and keyboard. You’ve really got to watch your finger action on the Magic Mouse or you’ll wind up in the Netherlands of your open window with no clue as to how to return to where you were. And, of course, its battery will have to be replaced on a regular basis.

The wireless keyboard is especially efficient with respect to size and design. It took me a few minutes to realize how clever the metal tube is that is used to prop up the keyboard at an angle from the top. First, you have to figure out that the right end of the tube is in fact a button that turns the keyboard on. Second, you learn that the tube is actually the location of the needed batteries. And, no, it doesn’t come with a bulb at the end allowing one to use it as a flashlight during the inevitable power outages in the hot summer months in Texas. How did they miss that feature – not to mention it being a storage container for dead batteries?

But the left end of the tube does come with a retrograde coin groove used to unscrew the cap enclosing the batteries. If only modern humankind carried coins around anymore! I must also admit that a certain amount of manual dexterity is needed to reseat the cap in order to screw it back on, assuming the coin hasn’t rolled away in the meantime.

Don’t get me wrong! I love all those gadgets that improve the quality of my life, even if dealing with a multitude of batteries and their replacement is the price paid. And therein lies our story. Exactly how well are we doing as a nation and a society when it comes to battery innovation?

Does it make sense that the modern soldier on the battlefield must be supplied with seventeen different batteries as I was informed a few years ago? That’s a lot of weight and baggage to carry around, especially in the extremely hot conditions of the Middle East. MIT created the Institute For Soldier Nanotechnology to deal with just such issues. And how about the Boeing 787 Dreamliner issue with the Lithium-ion batteries? Is that an example of an innovation too far? I won’t be buying a ticket to fly on that airplane any time soon.

Surprisingly, many pundits and technical writers believe that the United States has not sufficiently invested in battery research and needed innovations, even though Indiana is building a new Battery Innovation Center focusing on advanced battery technology using public-private partnerships, and Argonne National Laboratory has an Energy Innovation Hub targeted to batteries and energy storage, to name a few countervailing examples.

Conventional wisdom posits that we are focused too much on the commercial product and related profit at the expense of battery development. Batteries are viewed as a commodity with a low profit margin fueling a demand for “cheap, underperforming batteries” as opposed to innovating “cost-competitive, high-performing ones.” Furthermore, Ellyne Phneah argues that for battery manufacturers there is a “lack of incentives from a coal perspective” and that “customers are also not hankering for improvements.” With respect to her latter point, I guess she doesn’t live in the same world that I do!

A case in point occurred recently with the so-called “Tesla-Broder Debate” and the notion of “decarbonizing transportation” using batteries. Matthew Steep has provided an excellent analysis of that debate and the case for and against electric vehicles (EV), principally automobiles, although similar arguments hold for autonomous electric buses. My summary of the issues surrounding the use of EVs is as follows:


In simple terms for the specific issue of battery innovation, especially at it relates to EVs, we need a holistic approach based on power management across the board and not just single cell innovations. The same is true in other sectors including solar photovoltaic panels.

But is all this push for new battery innovation just wishful thinking or does Mother Nature still rule the day? I vote for Mother Nature and the science of thermodynamics. There are theoretical limits on what can be achieved as described in an interesting article by Kurt Zenz House and a graduate student, Alex Johnson, which focuses on energy density.

Furthermore, can we really speed up the discovery and innovation process through investment of additional monies coupled to effective and efficient R&D management? Well, yes and no. Certainly such practices are a pre-condition to accelerating the process, but there is never a guarantee of success in a timely manner. It’s not magic. The history of the battery is replete with starts and stops and accidental discoveries beginning with the Baghdad battery, linked capacitors, the voltaic pile, the invention of “half-cells” in the Daniell cell, the use of porous media to separate compartments, rechargeable batteries including the all-important lead-acid battery in our cars, dry cells and then the alkaline battery, the replacement of liquids with gels, and now the lithium-ion battery.

Where our global society and especially America will end up when it comes to batteries, their use, and new innovations, is hard to predict, but I’m sure of one thing. I love my toys!
Posted by Keith McDowell at 7:53 AM