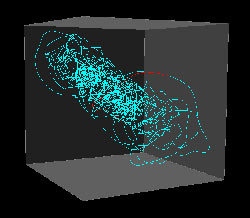 By Keith McDowell
Somewhere in America ensconced in an ordinary university conference room replete with the typical trappings of government purchased furniture, a pot of coffee, a box of pastries, a plate of fruit for the calorie conscious, and a plentiful supply of bottled water, you will find on a daily basis a mixed team of researchers, innovators, entrepreneurs, management, licensing agents, and university administrators preparing to sit down with those who possess the most precious resource of all needed to form a startup company: money!
On some days, the potential investors are simply friends and family members, curious about the proceedings and sometimes nervous about loosing their savings. On other days, it’s the turn of angel investors, often bedecked in their Stetson hats, bolo ties, and cowboy boots, but with a determined glint in their eyes and a clear intent of “getting to know” the people involved on a personal basis with the hope of a “hands-on” approach to investing. And then there are the venture capitalists who cover the spectrum from business casual to corporate pinstripe suits with power ties and almost always possessing an air of “been there, done this before.” Rarely, if ever, does one find public sector investors, although the Federal SBIR/STTR program is excellent and sometimes provides an appropriate funding mechanism for startup companies.
No one disputes that the formation of such startup companies is an essential component of an American strategy to compete globally and to maintain dominance in the commercial marketplace. And no one disputes the goal of American prosperity through capital formation and the creation of wealth and jobs. But what is the exit strategy for the investors in such startups? Will there be winners and losers?
With all due respect to Bain Capital, the presidential candidacy of Mitt Romney, his leadership at the company, and his reputed and alleged behavior as a “corporate raider,” extractionist, or “vulture capitalist” have brought to the forefront a renewed discussion of such predatory practices and whether indeed they are part and parcel of a capitalist economy. Of course, they exist and will continue to exist independent of whether one accepts as true to life the characterization of Gordon Gekko portrayed by Michael Douglas in the 1987 movie Wall Street. As a case in point, I have an acquaintance who vigorously rails against the “vulture capitalists” who extracted over $1 million from his Texas-sized wallet! But his experience begs the question: are such predatory practices ultimately healthy for the economy?
Mother Nature knows the answer! After several million years of testing and evolving an ever more complex and sustainable ecosystem in the biosphere of Planet Earth, the predator-prey model has been fully vetted. So what has been learned about such behavior. especially by the scientific community as they observe and come to understand the grand experiment of Mother Nature?
Let’s begin with the logistic map, a simple mathematical model of predator-prey behavior and well explained at wikipedia with accompanying graphics. As one cranks up the single control parameter, the dynamics of the model displays the phenomenon of “period doubling” or the existence of multiple meta-stable states. In simple terms, it’s equivalent to the “binge-purge” cycle found in anorexia bulimia or even the “boom-bust” cycles of the business world. Ultimately, the logistic map leads to the onset of chaotic dynamics. Is this the kind of behavior we want and expect from the American economy? It’s what we’ll get if a pure predator-prey form of capitalism is practiced.
But Mother Nature didn’t stop with such simple behavior! Nor did chaotic dynamics deter her as well. Instead, Mother Nature adapted and evolved to more complex systems with control and feedback loops built into the dynamics. Some of the best examples of such highly complex and nonlinear systems reside in our own bodies and include the beating of the human heart and the pattern of our breathing. Even more amazing, the human brain appears to function at the cusp or onset of chaos according to some reports. Indeed, many forms of epileptic seizure are believed to occur when the brain drops out of its normal state of chaotic onset and behaves in a linear fashion. Goodness! Could it be that the paralysis seizing the collective brain of Congress is the institutional realization of a corporate epileptic seizure?
In the modern world of high-performance computers, it is becoming a routine and straightforward exercise to model highly complex and nonlinear systems including economic and financial systems. And as discovered by Mother Nature, one learns quickly that a simple predator-prey model is far from the best. Optimal performance requires a capitalist economy tempered by some redistribution of resources (money) from those who accumulate the most (predators) to form social safety nets for those who accumulate the least (prey). Without such highly evolved networked and holistic dynamical systems, the world is doomed to an endless repetition of behavior and response at the low end of the evolutionary scale, a world of putative “winners” and “losers” where civilization as a whole becomes locked in a cycle with only marginal advancement.
Let’s be clear! Advanced capitalism as a highly complex dynamical system does not equate to, nor require, predator-prey behavior, although such behavior is possible and typically permissible. Furthermore, making a business decision to close plants or restructure a company, or even to plan an exit strategy from a startup company, is a normal activity and not one to be vilified. But carried to the extreme and practiced as a predatory strategy, such behavior to benefit the few at the expense of the total economy should be exposed and revealed as a sub-optimal form of capitalism and perhaps made illegal in some of its more destructive forms.
Mother Nature has proven that predator-prey behavior is not a winning strategy for America. We should listen to her!
The image was copied from an interesting webpage by Atlin Das describing the human brain and chaotic dynamics.
Posted by Keith McDowell at 7:34 AM