No Risk, No Gain 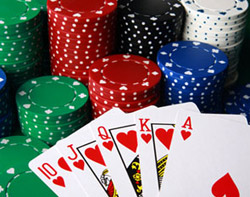 His name: Antony Valentini; his crime: he’s a maverick physicist who works on a non-conventional research problem – cleaning up problems with the interpretation of quantum mechanics by returning to the old pilot wave approach originated by Schrödinger. Is this a smart move on his part? Nope. So far, Valentini has floated from one temporary position to another and currently is located at Imperial College London. No academic faculty position and no tenure for being a maverick outside the mainstream and outside the boundary of conventional wisdom.

Is Valentini an anomaly? Well yes, but not really. Most young scientists at the start of their career understand how to get their toast buttered and simply follow the path laid out by the scientific Establishment. In their hearts, they want to be risk takers and blaze new trails, but they wisely recognize that getting established is key to a paycheck and to obtaining those all important research grants. Should it be this way? Is this the best approach to creating transformative discoveries? Don’t we collectively have a responsibility to push young scientists toward independent, unfettered research instead of the “me too” drill of conventional wisdom?

Lee Smolin is my hero! Smolin, a theoretical physicist and excellent science writer, tackles this and related issues in the last part of his must-read book entitled The Trouble with Physics. I agree completely with Smolin and his introduction of craftsmen versus seers. Craftsmen are the whiz kids who are technically the best at the trade. No one can beat them on a quiz. No one can find the “conformal mapping” quicker or with more skill. No one can recite the fine points of a theory or an experiment with more erudition or clarity. They are the darlings. And if they toe the line and use those skills to push the mainstream agenda forward, they will be rewarded with plum academic positions, grants and tenure.

So what’s the problem? Isn’t this how it should be? In some measure, yes – but such behavior tends to produce only incremental advances with little impact on the overall innovation ecosystem. What’s missing are the “seers” – those who are obsessed with the foundational issues; those who question authority; and those who are never satisfied with conventional wisdom. They are the mavericks. And they are often the ones who produce disruptive advances. Amazingly, there have been periods of time when research journals would not publish their research. Some have even been told by senior faculty to drop what they are doing and join the mainstream.

To his credit, Smolin does a great job of revealing these sociological dimensions of physics and, in fact, all of STEM. I will not attempt to summarize all of Smolin’s analysis, but simply say that these dimensions must be taken into account if we as a society are going to accelerate innovation.

So what does the science Establishment say about this problem? Dr. Raynard S. Kington, acting Director of NIH in 2009, was quoted by Gina Kolata in a New York Times article as saying “We have a system that works over all pretty well, and is very good at ruling out bad things – we don’t fund bad research. But given that, we also recognize that the system probably provides disincentives to funding really transformational research.” I don’t want to fund “bad research” either; but who decides what constitutes bad research? Is Antony Valentini doing bad research? Exactly what is bad research? If you are out of the mainstream, is that bad?

I remember one day as a graduate student four decades ago when Professor Dudley Hershbach, a Nobel Laureate, came into Prince House and gathered up some theoretical graduate students. He had just come up with a new idea and wanted to try it out. In the end, the initial idea turned out to be a bad idea, but it led to a better idea from Hershbach. While I no longer remember the specific details of the discussion, I do recall him saying that it is important to churn through lots of wrong and even bad ideas in order to make real progress. His message stuck with me and I think it is a correct one. So why has the Establishment become so risk averse? Of course, truly bad research should not be funded, but we’ve also thrown out maverick and unconventional research! Even worse, we’ve thrown out the young researchers with the bathwater.

Dr. Bruce Alberts, former president of the National Academy of Sciences made the following comments in a speech to that body on April 2003:

Briefly, we have developed an incentive system for young scientists that is much too risk averse. In many ways, we are our own worst enemies. The study sections that we establish to review requests for grant funds are composed of peers who claim that they admire scientific risk taking, but who generally invest in safe science when allocating resources. The damping effect on innovation is enormous, because our research universities look for assistant professors who can be assured of grant funding when they select new faculty appointments. This helps to explain why so many of our best young people are doing “me too” science, working in areas where they compete head-to-head with other scientists who have gone before them – often their mentors or those who have trained in the same laboratory.

Even the most talented of our young people seem to be forced to endure several years of rejected grant applications before they finally acquire enough “preliminary data” to assure the reviewers that they are likely to accomplish their stated goals.

Quoting from Tom Kalil and John Irons from November 2007, “More generally, researchers joke that they ‘have to do the experiments before they write the grant.’”
And at NIH, the current average age to be funded with a RO1 grant is 42 years old!

Gads! What have we done to ourselves? We’ve turned the NASA slogan of “failure is not an option” into a funding creed. We’ve become accountants with eye shades and sharp pencils making sure every tax dollar is certifiably spent on approved programmatic progress, blessed by the Establishment, no matter how incremental.

To the credit of our national science leadership and federal agencies, the issues of sufficient funding for young investigators, and transformative science have been discussed and actions taken. The National Science Board produced a report entitled Enhancing Support of Transformative Research at the National Science Foundation in 2007. NSF CAREER awards for young investigators are available. NIH has MERIT long-term funding awards, Pioneer and EUREKA awards for innovative, transformational research and New Innovator awards for promising new investigators. The Department of Defense National Security Science and Engineering Faculty Fellowship (NSSEFF) provides strings-free grants for up to $3M for 5 years. Using stimulus (ARRA) funding, DOE set aside $85 million to support at least 50 early career researchers for five years at $150,000 per year. There are other such programs.

Have we done enough to encourage independent research by young scientists along unconventional lines? Have we brought the seers back into play? I think not. We’ve only played at the margins with the game of creativity and innovation while sticking too closely to the established norms. Personally, I would like to see a granting system based on performance rather than proposals as I’ve advocated for elsewhere. My Independent Investigator Grant System would free up universities to hire the seers and the mavericks knowing full well that funding would follow should they continue to perform. Whatever we do as a Nation, we must break up or at a minimum modify the hegemony of our present risk-averse science Establishment. As any competent entrepreneur knows, without taking risks, there will be no substantial gains.
Posted by Keith McDowell at 11:55 AM