Is It Research for Hire? 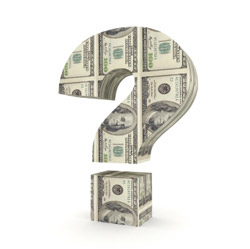 The iconic 1950s television program Have Gun, Will Travel starting Richard Boone as Paladin, a gunslinger ready and willing to exact his version of justice for a price, spawned many knockoff phrases aptly suited for good humor as well as a catchphrase on your next virtual business card. And in the minds of some, that’s exactly how modern research at universities is being both conducted and funded.

Take the case of Mark Regnerus, an associate professor at The University of Texas at Austin whose research on the children of gay parents has been roundly criticized and is being reviewed by the university under an accusation of scientific misconduct. Funded by the Witherspoon Institute and the Bradley Foundation, conservative and biased organizations according to some accounts, his research is being touted as a worst case scenario of “research for hire” or “you get what you pay for” – a wink and a nod being the appropriate medium for “closing the deal” in such cases, if you subscribe to conspiracy-based thinking.

In an excellent “Statesman In-Depth” article appearing in the 10 August 2012 edition of the Austin American-Statesman and entitled Study funding under scrutiny, Tara Merrigan provides a broad and important analysis of the Regnerus case citing both the history and practice of foundations funding research at universities. It is must read not available on the Internet, but it brings to light yet once again a recurring question of our times:

Does it matter what entity funds research at universities or what perspectives the people or support groups involved might have as to politics, religion, ethnicity, or any of the other boxes we like to check these days?
And my unequivocal answer is – it depends! But on what is in the eye of the beholder.

Let’s begin with an easy case: funding of engineering research to find a simple bio-hazard delivery system by a foundation serving as a front group for Islamic terrorists. Yep. It makes for a good TV plot, but such funding is clearly a threat to national security and will be terminated.

How about funding from the U.S. Department of Defense? We certainly have plenty of that being done at universities. But what about the good old days of the 1950s when people in power created the concept of the Atomic Soldier and routinely irradiated the so-called volunteers during atmospheric nuclear testing? Does anyone doubt that related and follow-up research occurred in our universities? Does anyone doubt that similar activities continue today, especially when it comes to testing the efficacy of new vaccines using soldiers?

Of course, we don’t do classified research at universities – but wait, we do! We create entities separate from the university, but connected to the university and pass the money through them – the most notable game being University Research Centers (URC). We have one right here in Austin and it’s called the Applied Research Laboratory. Are you happy about that form of research for hire?

But let’s return specifically to foundations and swing to the other end of the spectrum and review the Gates Foundation. Their principal theme is world health, a seemingly benign one by any standard. What university could refuse research funding for such a worthy endeavor? But what if the research focuses on birth control as a means to confront disease in the ever-expanding world population? What if it focuses on gays and the spreading of AIDS throughout the general populace from politically sanctioned rape and sodomy of a conquered tribe by African militias? Are conservatives going to be happy about any of that research, no matter the findings?

And let’s examine the Michael J. Fox Foundation whose principal aim is to find a cure for Parkinson’s Disease. If stem-cell research must be funded to find a cure, should universities accept that money?

None of this is new as shown by the Atomic Soldier or, more recently, by the decades-long attempt to deal with funding from the tobacco industry and its related institutes and foundations. Indeed, an excellent and recent report by a group of research ethicists focused on the tobacco issue highlights many of the concerns and provides some potential remedies.

As I’ve shown with a few examples, the space of potential funding scenarios that gore someone’s ox is boundless to all intents and purposes. That’s because the issue is really not about overbuilt university research capacity or a drop in federal funding driving researchers to “have gun, will travel.” Even federal funding comes with an agenda, no matter the agency!

Nor is it really about money or research funding, even though money corrupts. So what is the real issue?

It’s about bad or biased research purposely done by a researcher to obtain something of value, whether a PI salary for the summer, tenure, promotion, relief from stress, satisfaction from malevolent behavior, or any of the other emoluments and rewards of a successful career. And it doesn’t matter whether the researcher resides at a university, a think-tank, a foundation, a government laboratory, or in industry. And most of all, it doesn’t matter the source of the funding, although overarching concerns such as national security or the general welfare of the nation can trump blanket acceptance of any and all funding.

America must maintain a healthy and diverse funding profile for university research if we are to remain globally competitive with emerging economies like China, South Korea, or Singapore. I personally am a strong supporter of such a diverse portfolio and believe that the URC mechanism is essential to our military capability, that proprietary research – the industry equivalent of classified research – is an important component of university innovation centers and the transfer of technology to industry for commercial advantage, and that foundation support of targeted research is critical to the public wellbeing, even if it makes some people unhappy. I’m not suggesting that universities become either insensitive to public opinion on a given research issue or cater to every whim including the exclusion of funding from the tobacco industry. Instead, we must keep our focus on continually refining our understanding of misconduct in research, improving our process for detecting and dealing with it, and educating our faculty as to the reality and consequences of such misconduct.

Bad or biased research will be and always has been eventually uncovered and revealed, even though there can be a price paid in the meantime. We don’t need to invent yet more bureaucracy or attempt to draw distinctions between “dirty” and “clean” funding or “dirty” and “clean” foundations. That’s a hopeless task that will never achieve closure. Our focus must be on continually refining the checks and balances we’ve already built into our research ecosystem.

Peer review is not perfect. Institutional Review Boards make mistakes. But we have a feedback process to deal with misconduct in research and that process works. As the Regnerus story at UT Austin unfolds, lessons will be learned. Penalties and appropriate disciplinary actions will be taken, if required by the facts. That’s as it should be.

But in the meantime, let’s not throw foundation support of university research under the bus simply because a specific case of intentional bias has potentially been revealed, even if the findings of the reported research cause one’s blood to boil. If that practice becomes the norm, we’ll have to throw out federal funding in order to avoid the next version of the Atomic Soldier!

Note: The question-mark image used in this blog was copied from an interesting website discussing informed consent in research ethics.
Posted by Keith McDowell at 7:31 AM