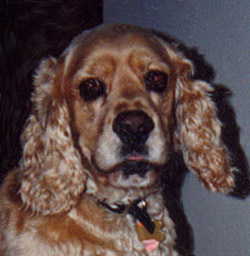 Footprints?
Footprints.
A man or a woman?
Mr. Holmes, they were the footprints of a gigantic hound!

Needless to say, innovation would be elementary if the next new-new thing revealed itself with such ease to science supersleuths, but then that would take the fun out of the search! Sadly, the extended and expensive race to find the Higgs particle appears to be over, although much remains to be determined about its specific attributes and how they account for the concept we’ve come to know as “mass.” One can only hope that those nasty little details will reveal yet another set of clues for us to run to ground – hopefully without building yet another accelerator.

And then, of course, we have those true bastions of “mass” in the universe: dark matter and dark energy! Doesn’t it bother you and keep you awake at night to know that the vast majority of “mass” in the universe is effectively invisible to us displaying at best a smudged toeprint to the observant? Surely the Creator of all things has a better version of Photoshop capable of digital image enhancement while still keeping mere mortals on their collective toes? I sense a new mystery in the making as the search for clues to the dark side of existence takes over the science news media.

Speaking of which, whatever happened to the abominable snowman and Big Foot – not to mention the giant albino crocodile in the New York sewer system? Now those boys left a big footprint! And not to be outdone, UFOs continue to consume lots of airtime for those gullible enough to watch daytime and weekend TV. Or maybe some folks just don’t have anything else to do.

Personally, when it comes to mass, I recently experimented with a new innovation of the Wendy’s fast food chain. It’s called the Baconator! Arnold, what have they done to the world of “nators?” I punted and went for “Son of Baconator.” I’m not joking! They really have such a meal – although the large coke and fries make up for the calorie difference. There’s nothing dark and invisible about this mass. Likewise, there’s no mystery about where it will accumulate on my body.

And you have to have a round of applause or a shout out for NASA when it comes to Olympic timing! They scored a perfect “10” on placing the new Mars rover onto the red planet’s surface. Gee, you have to wonder if those geeks really planned that far ahead in order to carry out the landing to coincide with the final days of the Olympics? Suspicious minds want to know – or was it just the timing of orbital mechanics? And the sheer size of that rover ranks right there with the Baconator! Let’s hope “Curiosity” does a better job of extracting itself from the Martian sandpits than previous rovers.

So, will we find evidence of life on Mars? My old family dog Sparky recently whispered in my ear from the grave and told me to stay tuned on that one. His connections on the ethereal plain plan to spring a surprise on us. Sparky always had a flare for the unexpected in such matters.

I love a mystery! I love the search for clues to explain a mystery. And I’ve got a secret! So do many Americans. The intense interest in the pictures coming in from the Mars rover makes the case. And therein lies hope for the future of innovation in America.

Curiosity is aptly named. It’s the curious among us who will drive the search to solve both old and new mysteries – not innovators or entrepreneurs. But it’s the innovators and entrepreneurs who will exploit the resolution of those mysteries.