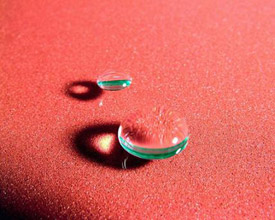 The innovation “bucket list” is replete with stories of excitement and adventure as swashbuckling entrepreneurs with hair on fire swing sparkling swords at the regulatory dragon and rescue the failing startup company from the clutches of evil bankruptcy. Innovators and inventors alike dazzle the timid with leaps of intuition and blazing glimpses into the not-so obvious as open innovation springs forth as the latest and greatest weapon for winning over the commercial marketplace.

It’s the twenty-first century innovation race to the top of the global competitive pyramid with all hands called to the deck to fight the good fight. But left in the galley below is a lowly steward toiling away with a brush and bucket of paint hoping against hope to protect the rotting hull of the ship against the ravages of time and knowing full well that the knights of innovation no longer attend to the mundane. Watching paint dry has no appeal to an active creative mind. Or does it? My good friend James Madison Bohannon would take exception to those who would neglect the obvious.

Bo, as he is known to his childhood friends, has spent a lifetime watching paint dry – or better said, observing, collecting data, and testing the viability and efficacy of various paint and finish formulations on every conceivable surface as part of his contribution to the coatings industry. Now retired, Bo is one of the many unsung heroes of innovation who toil away below the decks, out of sight and out of mind, on problems of seemingly little interest to the innovation race.

Sadly, the exploits of such men and women have often been deemed by the intellectual elite as of secondary importance, part of a caste system where the presumptive best and brightest assume positions of prominence in the world’s leading research universities and define what is to be while supposed lesser minds are channeled into positions at industrial R&D laboratories and, yes, community colleges. In some measure, much of the current debate on how to bring the university and industry cultures together to foster innovation hinges on removing such stereotyping. And stereotyping is just what it is – an activity of one-dimensional, lesser minds.

But the times are changing as the putative caste system undergoes stress from the forces of global competition and both the university and industry cultures adapt to the need for community engagement to attack grand challenges in a connected social network. Indeed, we need the full spectrum of all such people with their differing skills and their different agendas if continuing success is to be maintained.

And what about the paint and coatings industry? Have we truly forgotten that some of our most clever inventors and innovators over the centuries were artists searching for a new pigment to bring forth a new vision and representation of reality on their canvass?

I recall well a visit to the Burlington-Northern-Santa-Fe Railroad headquarters in Fort Worth, Texas, over a decade ago and participating in a discussion about using nano-paint on railroad car wheels to search for stress fractures in the wheels before they blew apart and caused a train accident. And later, scientists at the Pawtucket Naval Air Station were engaged in a similar effort with nano-paints hoping to find micro-fractures in the skin of naval aircraft subjected to the salty ocean air and the stress of carrier landings. Who says watching paint dry can’t be fun?

Not to be outdone, the automobile industry touts nanopaint as a new way to add luster, depth, and the shifting of color to the appearance of new cars. Warplanes become invisible to radar and new nano-coatings paint a green future. Even the wall paint of old gets a new look. Who would have thought that so much could emerge from watching paint dry! Hmmm, maybe we should all take a few moments to watch the grass grow. Who knows what we might learn and what new inventions await us!
Posted by Keith McDowell at 7:12 AM